During the last days of his office the first colored president of the United States of America, Barrack Obama, did something quite unusual.

It had nothing to do with Syria, Putin or the election results. Of course, it was not all over the world mainstream media. In Europe, let us be honest, how many of us did shed a tear of compassion for Bradley Manning in 2010? Or were we bombarded by the nonsense of Trump and some presidential orders have slipped in quietly.

The long story short, for those who were not following:
Formerly, Bradley Manning (now Chelsea Manning) was an US Army Intelligence Analyst working in Iraq with access to, let us say, a plenty of classified databases of government cables. With almost no restrictions. All under his fingertips over satellite link SSH.
Slowly realizing the truth of war and some of the atrocities committed (see the infamous Apache helicopter video, showing murder of innocent bystanders), Bradley contacts Julian Assange over the encrypted army satellite link and delivers Julian the assets. Then, out of the blue, Bradley establishes an online communication with Adrian. To this day there is no single logical explanation on why he would do that, except emotional breakdown. In his own true words from the chat logs:"i can’t believe what im telling you".
Realizing what is going on, Adrian establishes a connection with FBI, which leads to the arrest of Bradley Manning and one of the coldest acts of "justice showoff" by the Federal government. Adrian Lamo claims he has acted in good faith of his citizenship duty, however the majority of the world did not share this position. While waiting for sentence in the maximum security prison, Bradley changed his gender to female and picked the name Chelsea.

With a sentence of 35 years to be served (until year 2045), the Federal government against you in the courtroom and 3 attempts of suicide, the majority of the world has given up on Chelsea, and freedom of knowledge as well. The 'news' tab on Google would barely mention the doomed whistleblower. I remember vividly all of this, since I was one of those sending the queries to that tab.

I've actually happened to know Adrian and talk with him occasionally, even before the events with the Feds happened. Don't fucking ask how and why. You would need to understand someone deeper before making a judgment call on why and how's. Then he disappeared. Last I remember he said he received real threats for his life.

It's late 2016. Barrack Obama has already suffered hard from the drama with NSA. Now, even children have NoScript, Adblock Edge and Tor installed. November has been inscribed with the unbelievable victory of a blonde businessman as the new president of USA. And this guy, has been causing such a massive media drama, keeping everyone busy with him, that no one was considering even Barrack Obama a president.

On Thursday, 19h of January 2017, the last official day of Barrack Obama in office, he issued out of nowhere a presidential clemency order. As you know, presidents have some tricky executive "special abilities" which they can use at times, such as commanding the army to start a war, or pardon prisoners. Out of nowhere, he used his clemency powers one last time in order to grant commutation to 330 federal inmates. In the document, which is published in the state of Department of Justice, there was also a name:

Did Obama wait for the right time? I don't know. But one thing I know about Political science is that it is always well calculated. Especially in the States. Obama has been known as the US President with most uses of pardon power (according to Pew Research Centre). Did Obama remedy his office reign and put a rest to his late years, which are to come? Very probably.

As of 17th of May 2017, Chelsea Manning has experience freedom again.
As of Friday, 20th of January 2017, Barrack Obama was no longer the president of the USA.

As for Julian, the Commonwealth (Note: Australia is part of the Commonwealth, which is under the Queen) is quite unforgiving. The problem with the Brits is, they hardly get any blonde businessmen or colored citizens get into politics. And Ecuador still tries to resist. Hold on, Julian.

Chelsea, welcome back to the World. 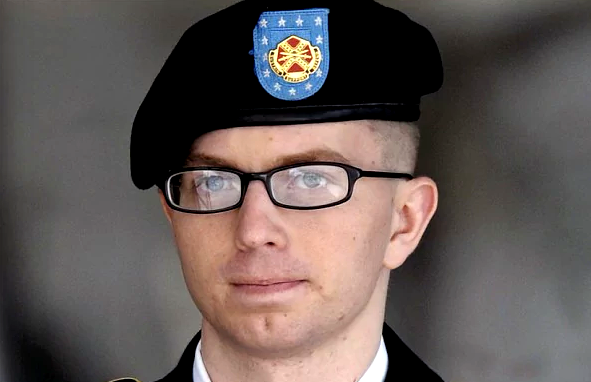