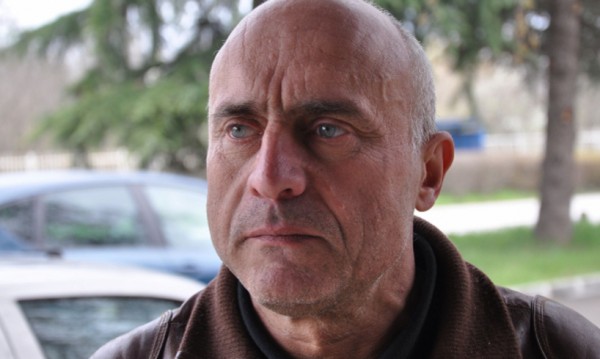 I wasn't going to make this post if it wasn't for yet another "strange case of suicide" which has happened just 2 minutes away from where I used to once live. Despite what your teacher in high school has told you, the winters in the sea - or at least in Varna - are not "warm" or "soft".

The frosty wind cuts to the bone, the sky is steel gray, there is no snow - but there are no people at sight either.

The sea garden is empty.

However the black jeeps are always there.

Occasionally, you might see some Russian women eating at overpriced restaurants in the company of fat men. Multiple groups of young 19-years old girls together with braindead pseudo-athletic youngsters are roaming the clothing stores.

The street, near which I've grew up, and which I dislike the most is perhaps the central strip from Nezavisimost square until the tall building of Cherno More hotel, which even 14 years after the murder of Iliya Pavlov (who had it as his base of operations at some time) still has an almost dark, "mutrobaroc" feeling. And you cannot really say you've been in Varna without at least once drinking coffee in one of those mutrocratic shops in front of it.

And, if like me, you happen to live - or used to live - in this city, you will know that the citizens of Varna don't actually call the city by its name. There are three letters which strike fear in the local citizens and they know very well that they don't live in Varna, but in Their city.

And you will never hear anyone mention it. You can enjoy the beautiful streets, women, sea and shops of the city, without asking yourself why these men with black uniforms walk around like soldiers and why there are bank offices of Central Cooperative Bank everywhere.

Until you see a black Mercedes jeep which quietly but fast passes you. And no, it is not a Porsche, it is not a BMW or a Buggati.

It is exactly a striking black cubic Mercedes jeep.

Most people think that we, people of Varna, are slightly gullible and meek, just because we have a beach, sea and plenty of hotels and go-happy German and Russian tourists, coming for the cheap ride. They seldom realize there are couple of special military training grounds around it, an entire military school, together with the entire navy force of the country.

If one day you come to my city, I'd really suggest you to visit the Sea Garden, the Mr. Baba restaurant and to take a hike on the southmost part of the beach.

For other places and activities...

Be careful,
the rules you know do not really apply around here.

Who is professor Vesselin Peychev?

Professor Vesselin Peychev is a scientist working at Bulgarian Academy of Sciences and precisely, The Institute of Oceanology. He has been involved in multiple research papers about аnthropogenic destruction of the Bulgarian sea coastline. He has also been instrumental in a research of nano-fossils from the Black Sea and their applications. Following up an original research paper published in 2014, he mentioned the possibility of using the hydrogen sulfide in the Black sea's depths for energy production, as Black Sea has an anomaly of increased levels of this chemicals, due to organisms in the depths which emit them. Bulgaria still has a considerable amount of illegal divings, which were reported numerous times in his studies.

His profile at Researchgate can be seen here. One particular research paper he has published is The Black Sea: An energy crossroads and/or an unconventional energy and resource center in Europe.

On 10th of March, 2017 he has disappeared, after leaving the public transport bus which he had took in order to visit his daughter.